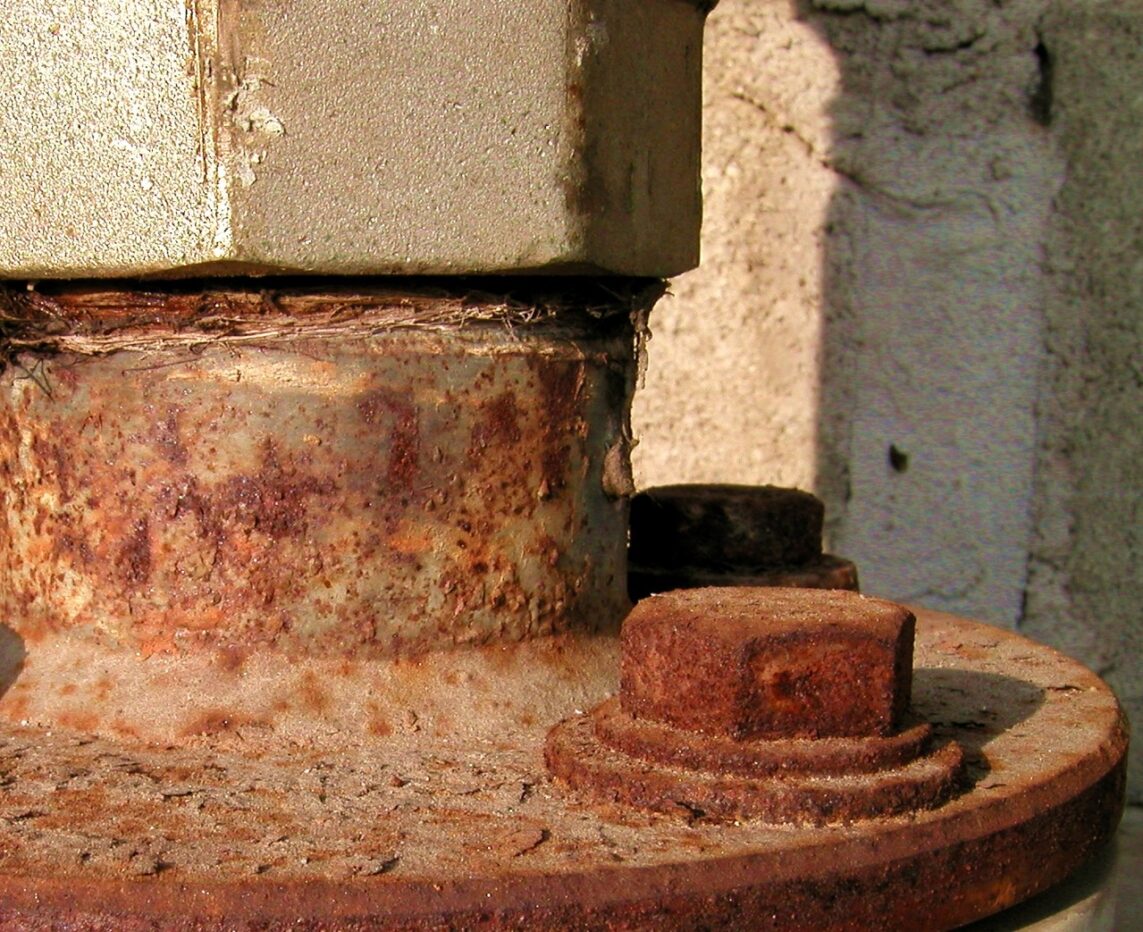 What is rust and metal corrosion?

Fastening elements are often used in chemical aggressive environment, where steel, without a suitable protection, it reacts with salts and acids, oxidizes and forms what is commonly known rust.

Nevertheless, also other metals can corrode in a similar way. The difference relies on the fact that iron oxidation is very fast to be created. In particular conditions, iron parts begin to rust after only few hours from the exposition.

Metal corrosion is an electrochemical phenomenon, for effect of which an element that easily loses its electrons (like iron or other base metals) comes into contact with an element that absorbs extra electrons (such as oxygen). As a result of this electrolytic process, the base metal (non-noble metal) becomes an anode (Me-) passing from metallic state to ion state and oxidizing.

The job of the water in the corrosion process is to accelerate the flow of electrons from the metal to the oxygen.

Oxidation of metals is not only an aesthetic but, first and foremost, a substantial problem. Rust blocks, after a while time, any disassembly, compromising at the end the joint till break.

How to prevent metals from rusting?

As a chemical reaction that occurs in nature is very complicate to limit this phenomenon without any preventive protection of the metal surfaces.

Furthermore, is not always possible to use stainless steel for economic or technical reasons.

Consequently, surface treatments are often a valuable and relatively inexpensive solution for metal protection against corrosion.

VIPA offers several solutions to prevent metals from rusting, such as metal paints and coatings, barrier films and electrolytic plating.

Each technique uses different compounds and materials to provide different levels of protection, depending on the needs. All that processes create a material layer with oxidation resistance characteristics higher than metal. As a result, a protective barrier (of different thickness) is provided between the metal surface and the agents, present in atmosphere, that cause rust and corrosion.