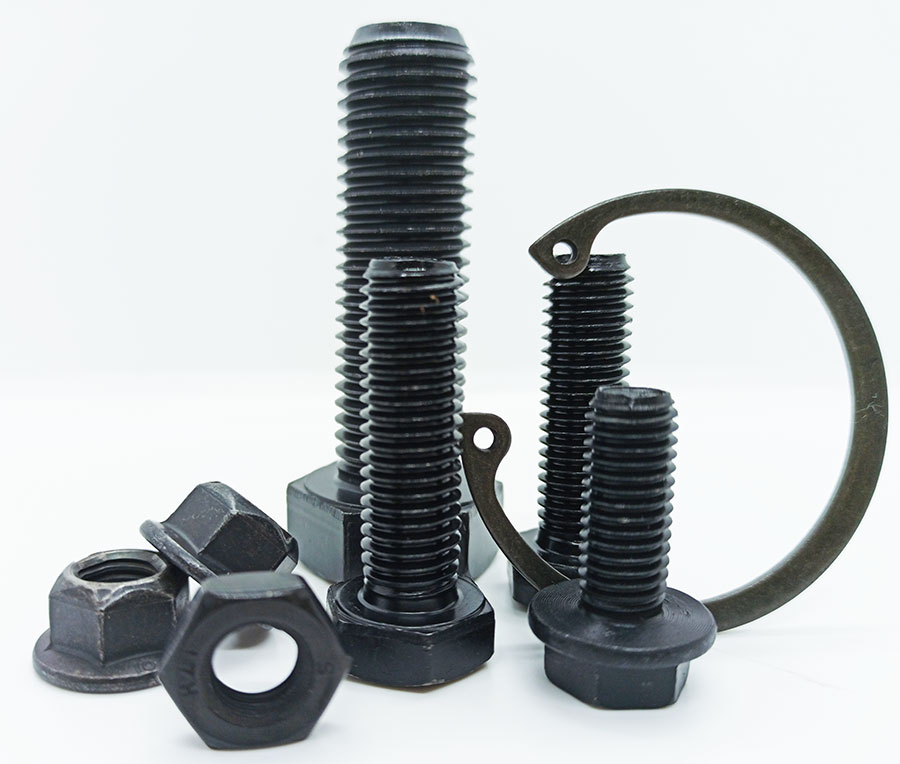 The first one called “Burnishing Thermal” or “Oil Burnishing” consists in the final stage of the heat treatment of the screws, and is obtained by dipping the screws leaving the tempering furnace in a tank containing an emulsion of water and hot special oil.

As a result, a thin, dark protective layer sticks to the surface of the screws protecting them from oxidation. However, the protective layer is not very tenace and friction or washing with water or worse, with solvents, could impair his ability to protect the metal surface from oxidation.
The external layer slightly “mushy” increases the coefficient of friction during tightening.

In the second case, with chemical Burnishing, dark layer is obtained by immerging the parts to be treated in an alkaline solution containing oxidants at a temperature of 140 °C ± 5 °C.
As a consequence, a dry, thin (1 µm) but strongly adhering black oxide layer is created on the surface of the metal that provides a low resistance to corrosion.

This type of treatment is also applied for aesthetic purposes. However, the protection level can be enhanced by means of further treatments with special anti-corrosion oil or grease.

This treatment forms a good adhesive surface for subsequent coatings, by the way.
The main advantage of this type of treatments is it can be employed when close tolerances need to be maintained.